Surge Force, LLC is a Service-Disabled Veteran Owned Small Business staffing agency headquartered in Norfolk, Virginia. For over a decade our staffing expertise and corporate character continues to exceed industry standards. We are passionate about providing our clients with qualified, dependable, and reliable personnel who are uniquely skilled to meet their needs.

Our team possesses a high level of expertise related to job knowledge, employment trends, industry standards and state and federal regulations. Our recruitment practices and vetting process ensure that our personnel meet all our client’s goals and requirements. We consistently provide high caliber, skilled trade workers with high retention rates through innovative recruitment, ethical practices and top of the line training.

Learn more about our services. 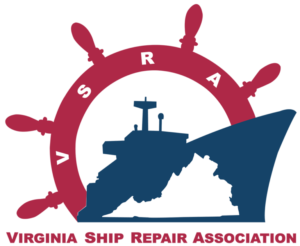 Carl was born and raised in Houston, Texas. He enlisted in the United States Navy in 1975 where he worked as a Nuclear Welder and Nuclear Planner until his commissioning through the Limited Duty Officer program in 1986. He served in various positions as a Maintenance Officer, Planning Officer, and Damage Control/Engineering Officer on several ships and shore commands. He retired in 1994 and joined a local ship repair/government contracting company, QED Systems where he spent 12 years as the Director of Technical Services. Recruited by a local shipyard he started a small ship repair company Ocean Tech Services, where he served as the President beginning in July 2006 and left to start his own company in August of 2009. Since its inception his company, Advanced Integrated Technologies, and the staffing business he started in 2012, Surge Force, have grown to over 200 employees working throughout Hampton Roads and other areas, supporting the local shipyards and various government agencies in ship repair, modernization, and new technologies.

His charitable affiliations include:
~ President of the Southside Boys and Girls Club
~ Treasurer of Cerebral Palsy of Virginia Treasurer of Hunt’s Pointe on the Elizabeth Homeowners Association
~ Leadership council of the Hampton Roads United Way campaign
~ Founder of the Virginia Microboard Association.

Cheryl joined the AIT team more than 11 years ago, serving as the Executive Admin to the President, as well as our Vice President of Operations. Cheryl’s extensive background and expertise in operational planning, government procurement, organizational leadership, OSHA standards, security management and all aspects of corporate administration, especially focused in the ship repair industry, makes her a valuable and versatile employee of Advanced Integrated Technologies. Cheryl is a truly dedicated employee, who goes above and beyond expectations to provide the best quality service to customers and employees. Cheryl’s other involvement in the ship repair industry is her volunteer service with the American Maritime Modernization Association (AMMA) where she has assisted with membership, business development, host’s the annual dinner and quarterly socials for the last 11 years. She also serves on the board as Secretary. The arrangement of monthly membership meetings with local elected officials has become an important event in the maritime industry and the advocacy work of the organization. The management of all social media pages and website provides the marketing structure for the members and others who have an interest in this industry. Cheryl is very active in interfacing on behalf of AMMA with the congressional leaders on small business and industry concerns. Cheryl was elected to the Board of Directors in 2017.

Miranda joined Advanced Integrated Technologies in November 2019 and serves as the CFO for AIT and Surge Force. Miranda is an innovative and driven accounting professional with over 19 years of diverse finance and government contracting experience, in the small to mid-sized business sectors. She specializes in financial modeling, cash flow management, cost accounting, and budgeting/forecasting. Miranda is actively pursuing her B.A. in Business Administration at Strayer University.

Joining the Surge Force team in June of 2021 as the Office Manager, Christina is responsible for delivering all facets of recruiting and operations success throughout the organization. With over 15 years of experience handling administrative, technical, and executive-support tasks within the Maritime industry, she specializes in resolving employer challenges through innovative solutions and process improvements. She is passionate about the ship repair industry, efficiency, customer satisfaction and employee relations. Christina is an annual guest speaker for the local high schools, where she discusses career opportunities and professional success in ship repair. As a Virginia Beach native and military supporter, she volunteers for special events with the local USO Chapter for Wounded Warriors and Gold Star Family Members.

Bobby has been a member of the team since December 2018, serving as the FSO, ITSPO, HR Admin, and IT Director. Bobby has a Bachelor’s in Psychology from ODU and bachelor’s degree in Computer Science with a concentration in Cyber Security. Working with different type companies all over the US and being versatile, he has been known as the “Jack of all trades.” In his spare time, he likes to unplug from technology by doing projects around the house and playing ice hockey, but most importantly spending time with his wife and 2 kids.

Good place to work at. Good management and coworkers. They have a welding class every Wednesday to help you get certified for welding.

Good job placement. Temp to hire with fair pay and advancement. Great way as a young tradesman to gain experience in your trade with opportunities to move up and go better places.

I got hired at surge force and they have done their best to help me succeed and feel welcome. Surge force has been my 3rd job since joining the welding field and I have a lot of respect for the company. They trusted me and showed me the ropes of ship repair and have been very helpful.

Surge Force is an active part of the Hampton Roads community. We know that giving back to our community is critical for a healthy economy and vibrant workforce. We are proud to support and be involved with the following nonprofit organizations.